I purchased some for a project in extreme working conditions and apart from ensuring the men took it had no problems, with results or flavour.

In October last year, I came down with a particularly bad dose of Glandular Fever which involved excruciating pain, nausea, dehydration, exhaustion, and typically a lot of sleep.  After recovering from the worst of it after several months, I continued to feel exhausted and have strong daily muscle pain, even after 6 months.

My doctor then referred me to a Chronic Fatigue specialist to be assessed for a programme that unfortunately did not end up running this year due to staff shortages.  Several appointments later, and no known ‘medicines’ as such, or therapy to be able to ease my symptoms, I was becoming frustrated at the huge impact this was still having on my life nearly 12 months since my original illness.  I was living on painkillers just to be able to get through my day (we are a busy family with 2 young children, and I also work part-time).

One fateful night I came across an article about Fatigue Reviva.  I was ready to try anything to improve my life again (I used to be a regular runner). After 2 weeks of taking Fatigue Reviva I was feeling so much better, and each day I felt an improvement thereafter.  I have only been taking it for about 8 weeks now, but the improvement is huge.  I would say I am back to about 90% of my original capacity – I have a spring in my step and a sparkle in my eye again!  I have been catching up on lost time and doing lots of gardening the last 2 weekends (sawing branches & shovelling dirt), and I was completely fine the next day, with only the smallest amount of stiffness/stretching required.  Previously I could never have even attempted to do that.  I am now looking forward to the next instalment of easing my way into regular exercise again.

I am thankful every day for the difference your product has made to my life, and I have passed on the details to my specialist too.

I have had chronic fatigue for seven years now, I am almost completely recovered from it. I used to sleep 16hrs a day, and wake up more exhausted then before I feel asleep. I felt sick every day, and the exhaustion was unbearable. Three years ago, my naturopath suggested that I try Fatigue Reviva. I had amazing results with it, and instantly had more energy. I have taken it every day for three years now. Over the years, when I have stopped taking it for a few days, because I have run out of it, my energy levels have crashed, and my chronic fatigue has come back really bad again, and then we I have taken Fatigue Reviva again, I am full of energy, and back to feeling healthy again, and have heaps more energy. I am really healthy now, thanks to my strict healthy diet, and Fatigue Reviva, and I have my social life back, and feel completely healthy, I can go out and do normal stuff, without having to worry about my chronic fatigue making me sick and tired. I work part-time and have a pretty active social life now, and as long as I stick to my strict diet, and don’t work too much, I feel completely normal, and healthy, so I was really surprised a few months ago, when I ran out of fatigue Reviva again, and wasn’t able to take it for three days, and my chronic fatigue came back really bad, it made me appreciate once again, how much Fatigue Reviva helps me. I always make sure that I never run out now. And it tastes really good also. I would recommend Fatigue Reviva to anyone who is feeling tired, and needs more energy, and I would definitely recommend it to anyone who is suffering from chronic fatigue, as it really does give you more energy. 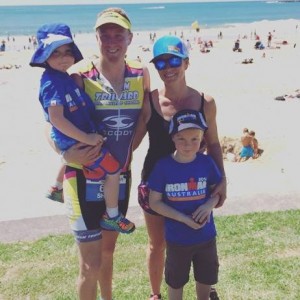 Fatigue reviva is aweome. It gives me the energy i need to get thru my long training days as a triathlete. It also has all the essentials to assist my body in recovery and allows me to cope with the day to day stresses of life such as working shift work. Fatigue reviva allows me to achieve the results i desire thanks top nutrition.